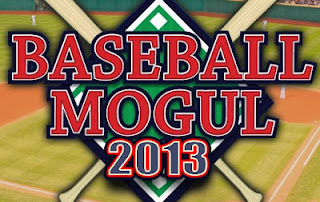 In addition to browbeating the computer GMs into giving you good players, the player ratings make everything too easy. As long as you give your Scouting Staff enough money, you gain psychic powers regarding the talent (and future talent) of every player in the database.

If you haven't yet come to these conclusions, that's great! I'm glad the game continues to challenge you. But if you've been playing for 15 years, you've probably learned a lot of tricks to beat the computer teams.

The computer-controlled GMs need to get smarter, instead of circumventing the rules and relying on free agents that hate the human-controlled team. The previous Trade AI was based on something called "Tradezilla" -- a set of player valuation tools derived from an "artificial life" simulator. We simulated millions of seasons to determine which players (and player qualities) had the most value. This was great for evaluating players, but it didn't "think" the way real GMs think. That is, it couldn't identify personnel weaknesses and then actively construct trades to improve the team.

So, eight months ago, we started with a detailed analysis of over 1,000 trades and contract signings in Major League Baseball over the last decade. Four thousand lines of code later, Baseball Mogul 2014 has a completely new module that controls player signings, player trades, and roster management.

I'll be back in a few days with my thoughts on player ratings. Until then, thanks for reading.
Email ThisBlogThis!Share to TwitterShare to FacebookShare to Pinterest

Amen Clay! I've been playing BBM since 2007 and I've had a lot of fun with it, really glad you're going to work on improving it, can't wait for 2014 Beta to come out!

This is all great stuff and I look forward to playing this game. I'm still curious however why the most requested features (realistic league workings like 40-man rosters, designations, options, etc.) aren't being implemented. I honestly would prefer everything else go untouched if we could get the league working in a realistic way, rather than having to police the entire league myself as I play.

Chris, 40-man rosters and option years have been coded, but still have some bugs. So there are 2 issues:

1) I don't want to add these features if they aren't working 100%. Considering that people looking for these features really want to get the details right, bugs are bad.

2) We still have tons of users that just want to be able to send a guy to the minors whenever they want, without jumping through a lot screens about who has options left and whether they have been used for this year, etc. This style does mean breaking rules of real baseball, but it lets people focus on the stuff they think is more fun. So, any implementation of more roster detail also has to come with the ability to turn it off, and an assurance that it won't cause problems with this style of play.

Will these improvements stop the AI teams from trading for and picking up free agents at positions they don't need?

If yes, can you insert the logic into the Arizona Diamondbacks?

Clay, I absolutely love Baseball Mogul even if it is too easy to dominate on Mogul difficulty level. And I just wandered over to this blog here and enjoyed many of the non Baseball Mogul posts as well. Really appreciate all the work you put into what is a great, fun game.

One suggestion to make scouting a bit more realistic/harder would be to add a "floor" rating along with a "peak" rating, which is consistent with real life scouting. Like in real life, some of the prospects with a high ceiling/peak also have a low floor and therefore a greater risk of completely failing out. The guys with lower peak ratings could have higher floor ratings and therefore be safer choices, very much like real life. Of course, not every player with a high peak has to have a lower floor, like high first round picks (eg. Steven Strasburg), but players that tend to get drafted at the end of round one with high peaks also usually have a high "bust" or floor potential as well (eg. Andrew Brackman).

A more obvious fix would be to limit how good your scouting staff and farm can be. Like in real life, no matter how much money you throw at scouting and the farm, there is only so much better you can get compared to the rest of the league.

Just something to think about, and again, love the game. This may even be somehow incorporated into the game already but can't hurt to put it out there anyway. Thanks for all your hard work and looking forward to future versions of the game.

I'm not able to get any trades at all, and make no mistake, this game is about trades.

The least that could have been done is to offer the option of going back to the old valuation system. Now I have nothing. I'm thinking refund.