I Miss You, Jonas Gray 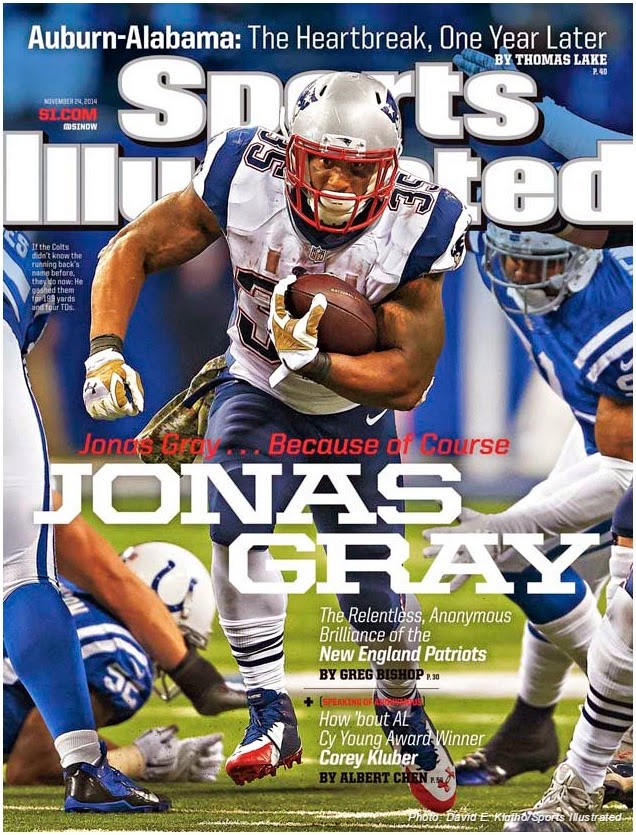 As a Patriots fan, I loved watching Jonas Gray overpower the Colts in Indianapolis. On Sunday, Gray become the first running back since the Great Depression to rush for as many touchdowns as the rest of the league combined.

However, as a Patriots fan, I already miss Jonas Gray. That's because I know that he won't be here for long. Unlike Tom Brady, he's not going to retire in a Patriot's uniform. Bill Belichick doesn't keep running backs around for long (unless he can use them in the passing game, like Shane Vereen or Kevin Faulk).

Remember LeGarrette Blount? Of course you do. He also ran for four touchdowns in one game, also against the Colts. In the playoffs! Two months later he signed with the Steelers.

Belichick feels, perhaps correctly, that today's running game is about power blocking and play-calling, not about star running backs. This means that he can pick Jonas Gray off the scrap heap and turn him into a star. Belichick also knows that running backs get old fast. Put these two facts together and it means that we probably won't be seeing Jonas Gray in a Patriots uniform next year.

Jonas, I miss you already!
Email ThisBlogThis!Share to TwitterShare to FacebookShare to Pinterest