Although we are busy working on Baseball Mogul Diamond, we often get questions asking about existing features in Baseball Mogul. I got an email yesterday asking if it was possible to "combine teams from different years".

It is possible. It's called the "League Builder" and it's one of the primary ways you can customize your league. The League Builder lets you build a league with any team from the 1901 season through the present day. To access this feature, you first must choose to “Start a New Game” in Baseball Mogul. Then select “Custom” (as shown below): 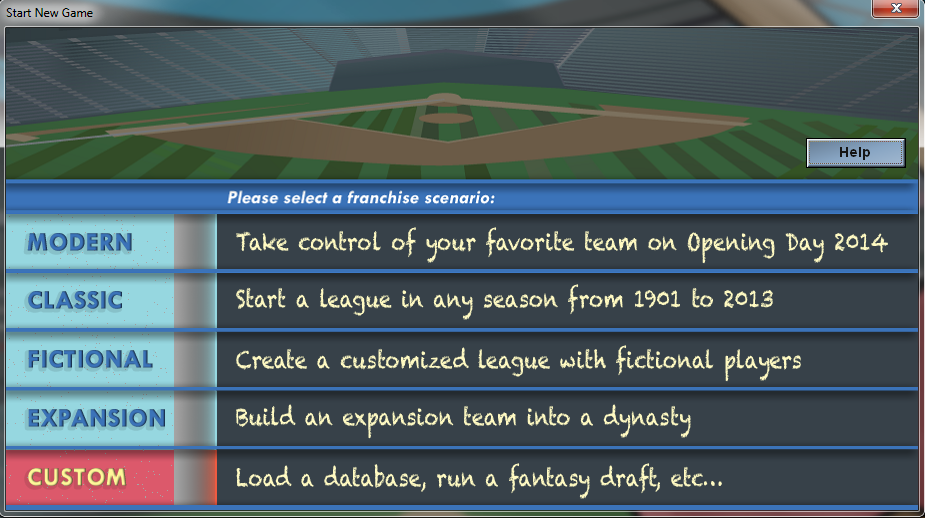 After selecting the “Custom” option, you will be prompted with four more choices to build a league. Choose the “League Builder”: 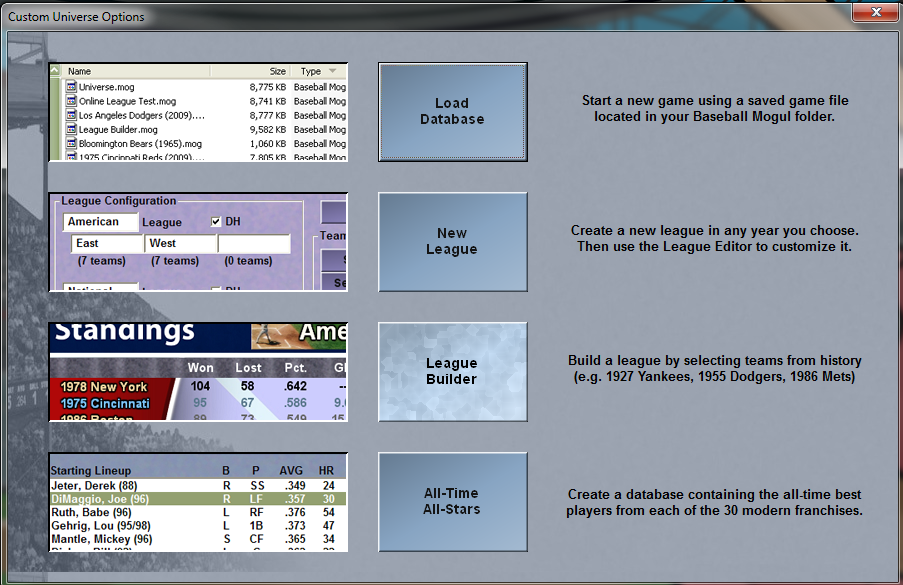 The League Builder consists of a dialog box that lets you select any season and any team from that season. Then click "Add Team >>" to add that team to your league. 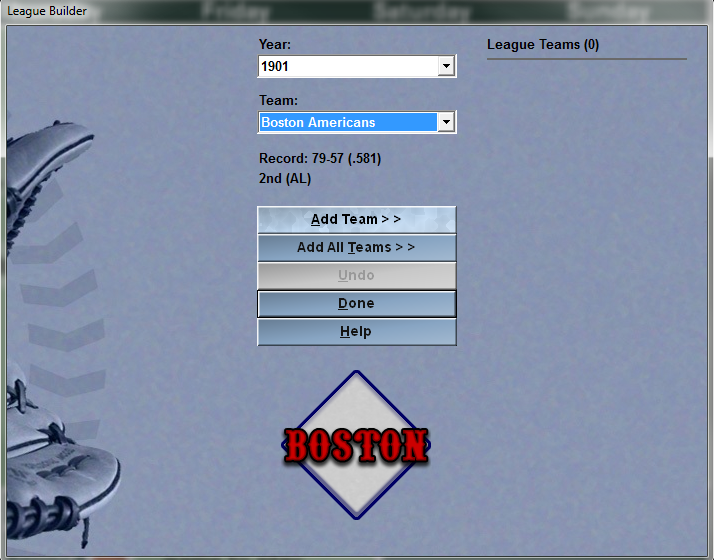 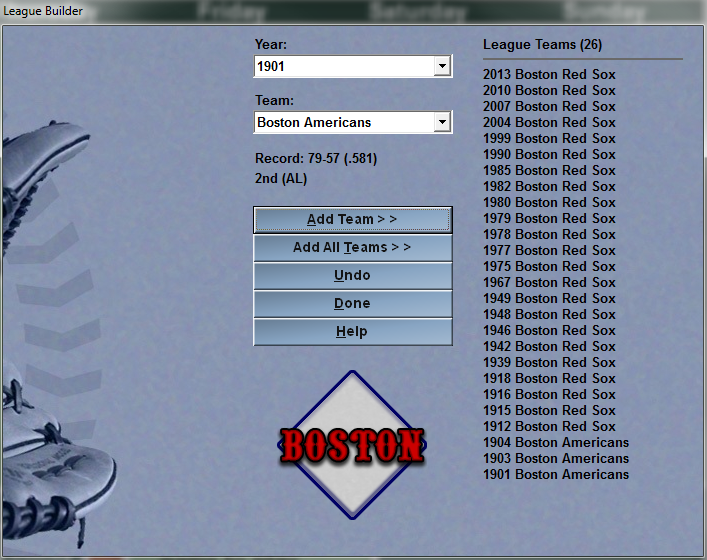 The League Builder supports leagues as small as four or as large as thirty. When you finish selecting the teams of your choosing, click “Done” and the league will finish setting up, after which you’ll be able to play with or against your favorite teams of all time from year to year.
Email ThisBlogThis!Share to TwitterShare to FacebookShare to Pinterest