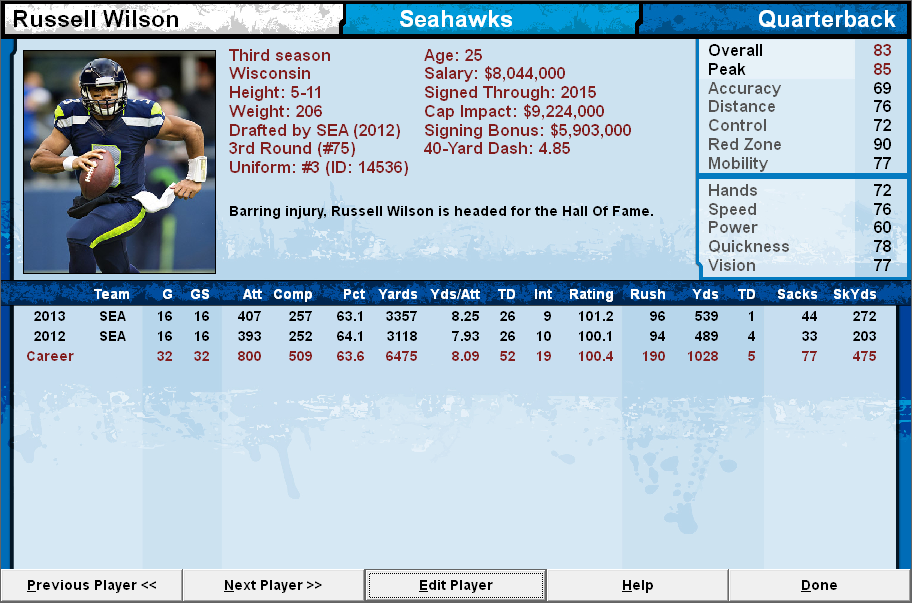 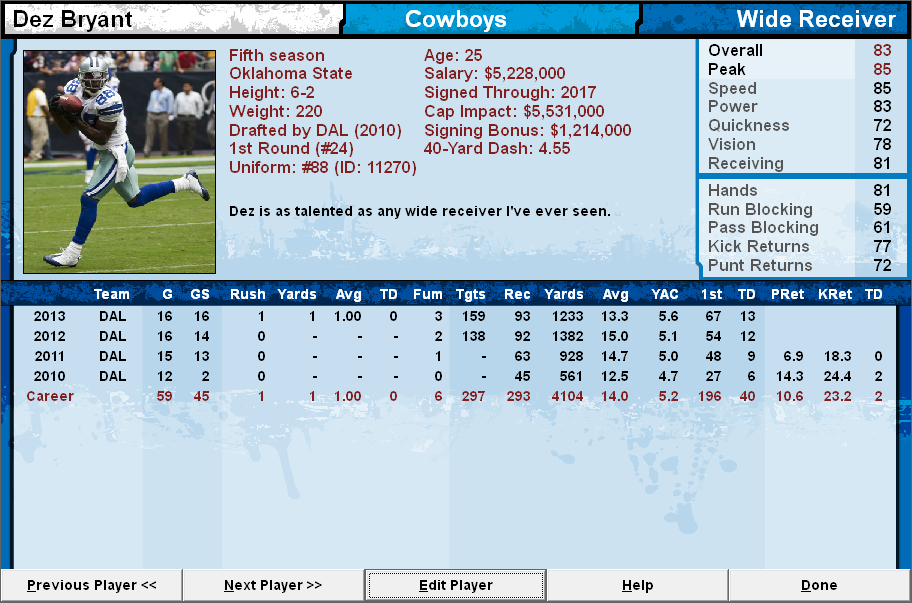 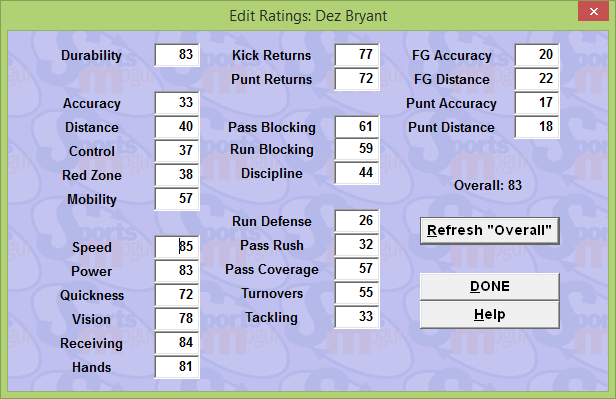 have you ever considered making a pro wrestling game? With the complex details you put into your other sports games, I think that a pro wrestling one would be an awesome addition. I know there are quite a few sim wrestling feds out there that still want a better text based simulator. Just a thought. I have always enjoyed your games!

Clay, Can you please explain Dez Bryant's low rating considering he's one of the best WR's in the game?

Professionally written blogs are rare to find, however I appreciate all the points mentioned here. I also want to include some other writing skills which everyone must aware of. texas tech football