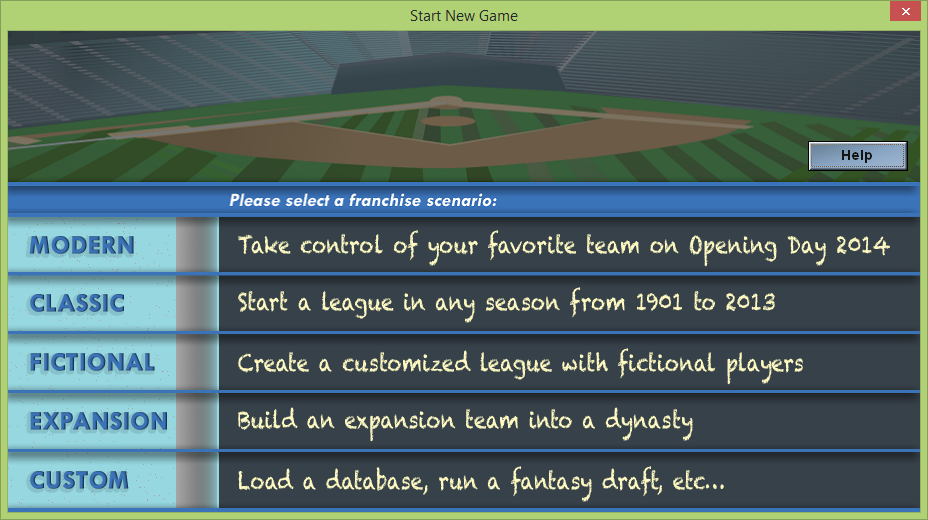 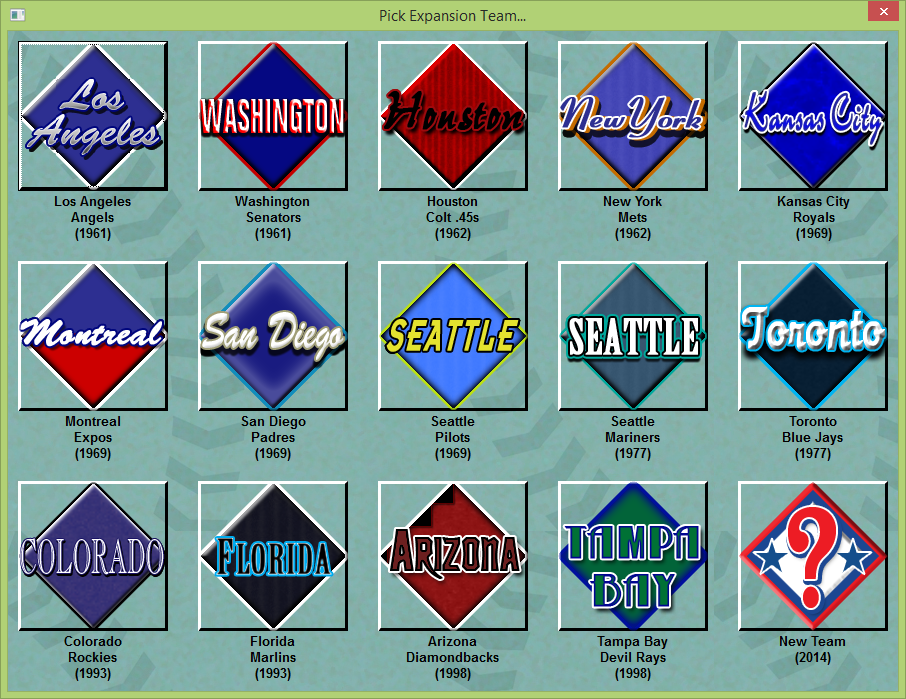 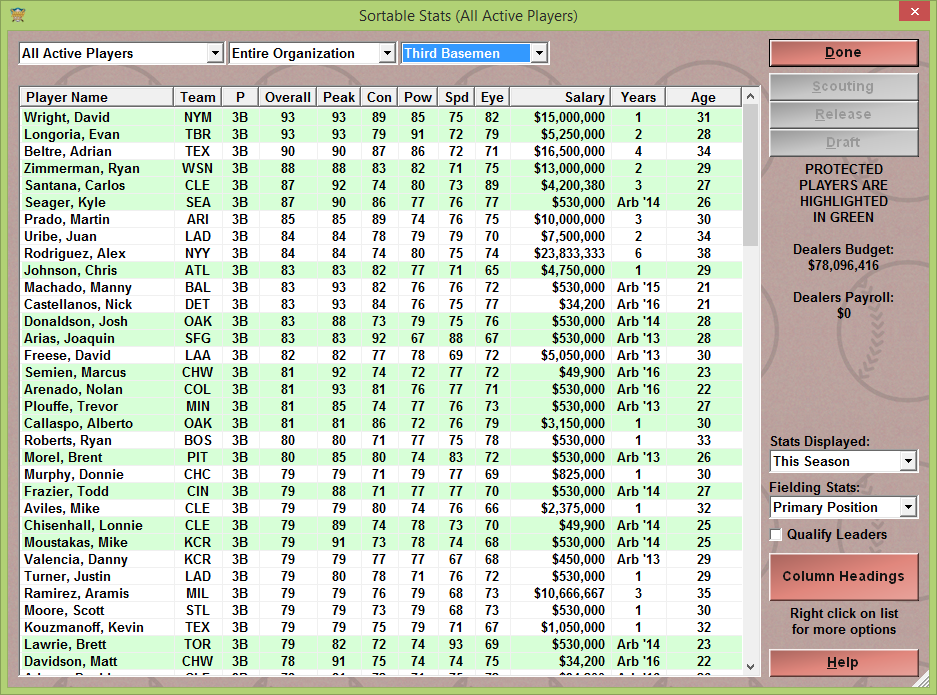 Looks like a nice addition to the game. However, you mention that Manny Machado doesn't need to be protected, but it looks like he can be selected by the expansion team. Is there a pop up that shows up and prevents the expansion team from selecting him?

Players under 22 can't be drafted. Machado is 21. I tried drafting Bogaerts and I got a messaged stating why I can't draft him.

Carl is exactly right -- the game prevents you from drafting him, even though this screen shot doesn't clearly show that.

When actually drafting, the default option is "Available Players", which only shows players that you can draft. I changed this to "All Active Players" for the screen shot, just so you can see the protected players.

Will it be possible to one day choose the year in which to create an expansion team? That would be awesomely fun.

Thank you, for your dedication.
Roger Stanley

I have been awaiting this feature to be put into the game! I will be buying again this year!

It would be great if you could create 4 Divisions with 4 teams because having 6-5-5 in each league doesn't make sense. But 4-4-4-4 not only makes sense but I think it will happen soon in MLB with two more expansion teams.

Love the game, thanks!