As it turns out, we've been tracking player-vs-player and player-vs-team results since 2007. So here's some info in case you didn't know how to access this feature:

1. On the charts tab in the Scouting Report, click on the gray box that shows what is currently being displayed (batting average, 2 outs, etc.) and you will get a dialog box that lets you choose vs-player or vs-team:

2. Stats by each team's lineup versus the other team's pitchers are shown at game start (when selecting a starter or adjusting the lineup). For example, this screen shot shows a player comparing the career performance of two pitchers against the Yankees:

3. During game play, head-to-head stats are shown under the batter's scouting report. 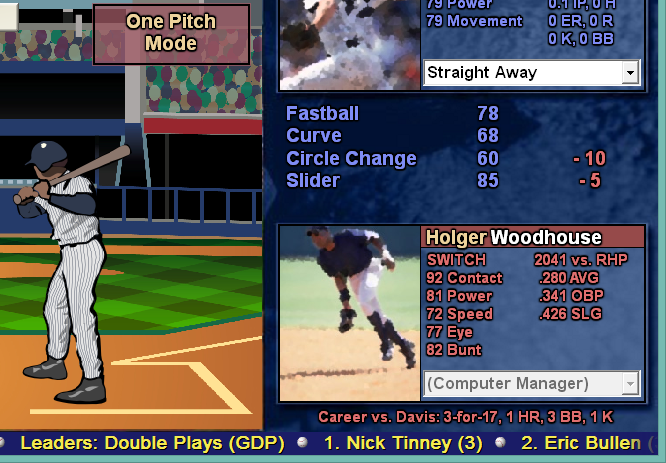 Last week, I promised some news about Baseball Mogul to our newsletter subscribers. I haven't been able to pull together any screenshots, but I can let you know about some new developments, with more information to come over the next 3 months. 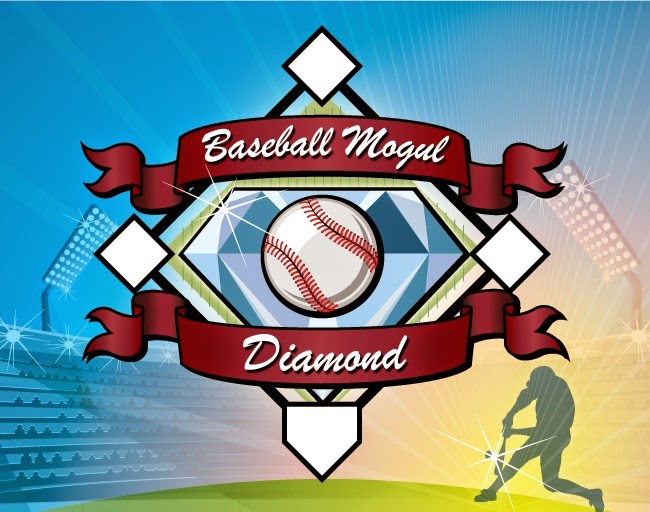 We're changing the name, sort of.

In early 1998, we launched a game called Baseball Mogul 99 (instead of the more accurate "Baseball Mogul 98"). This numbering scheme was chosen by our publisher, and matched other sports games, but it has since led to confusion because "Baseball Mogul 2015" includes rosters for 2014, with player stats through 2013.

Free Agent Compensation
When teams lose players to free agency (after giving that player a "qualifying offer") they are entitled to additional picks in next amateur draft as compensation.

Many of you don't want these roster rules to slow down game play or make it more complicated. So, we have added a new "Roster Rules" dialog that lets you customize this feature.

The best offensive players are usually found closer to the left side of the spectrum. (Note that before about 1930, 3B was actually between CF and SS).

As players age, they tend to move from the more difficult defensive positions (on the right) to the least difficult (on the left). For example:

We're rewriting the general manager AI so that computer-controlled teams draft, sign, re-sign, release and trade players more realistically. The "Tradezilla" engine had some flaws that needed to be fixed, and the AI had other weaknesses. For example, it was common for a team to sign (or trade for) a star player, only to let him rot on the bench because the team already had a great player at that position. Teams also have serious problems with cash and salary management, among other things.

So ... the new roster rules described above required that we create much more comprehensive GM AI, and has also allowed us to fix existing problems. As many of you have noted, the addition of the roster rules solved some of the problems for us. For example, free agent compensation tends to help small market teams stay competitive with the big boys.

Okay. There are many smaller improvements, so I just lumped them into "improved user experience".

We've improved end-of-season contract negotiations by making it easy to skip a player and come back to him later. We also show you how much payroll you have in expiring contracts, to make it easier to stay within your budget.

You can now view player projections (not to be confused with "predicted stats") on the Leaders Page and in the Sortable Stats Dialog.

Pitcher usage has been adjusted (yet again) to not only match recent trends by managers, but to ensure accuracy in all historical eras. We have also added more adjustable parameters, in case you want to tweak the simulation results to your liking.

And of course we are continuing to respond to your bug reports and suggestions in our forums.

Thank you for continued support and feedback, and please stay tuned for more info!
Email ThisBlogThis!Share to TwitterShare to FacebookShare to Pinterest